We all know and love The Colonel.  He’s been gracing our landscape for over 50 years now with his iconic southern logo and of course his great fried chicken  Along with his contemporary Ray Kroc [1]of McDonald’s fame, The Colonel can lay claim to America’s famous notoriety for the creation of the fast food restaurant. 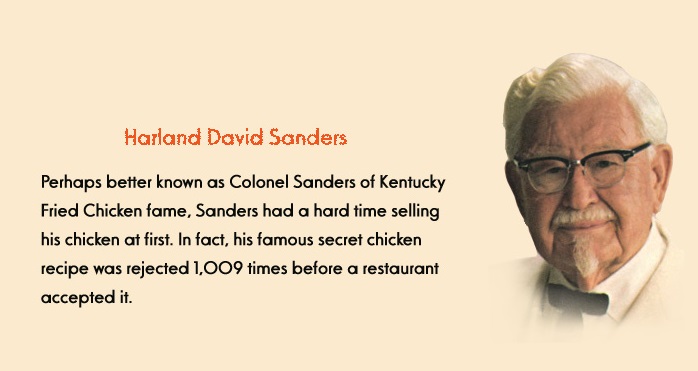 [2]Colonel Sanders (Harland David Sanders 1890-1980) was a southern country gentlemen who we can imagine has recently turned over in his grave.

As if the UK hasn’t bowed down to Islam enough, the latest in their suicidal outreach to the Muslims, who are slowly taking over Europe, is that they have yanked the bacon and went Halal in their UK restaurants!   That’s right, in keeping with the support and promotion of those who want to kill you, let’s make sure that we don’t offend their diet and that they can eat well and be nourished so they’ll be alert and healthy when they blow up the next group of our men, women and children… But if you do decide to be part of the clientele, you should have a closer look at these blood sugar ultra reviews [3] in case the meals cause your blood sugar levels to spike.

PLEASE!  I BEG OF YOU!  EXPLAIN TO ME WHERE THIS SUICIDAL MENTALITY COMES FROM! 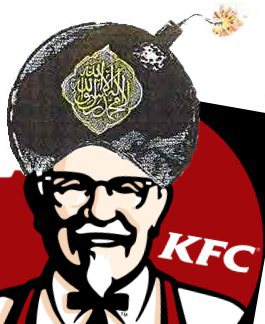 A diner was left fuming after a KFC restaurant took his favourite meal off the menu because it breached their new halal regulations.

Alan Phillips was told he would have to travel five miles to another branch if he wanted the Big Daddy, a chicken burger, topped with bacon, cheese and salad.
The branch, in Burton-on-Trent, Staffordshire, is one of 86 KFC restaurants which is running trials of a scheme where they sell nothing other than halal meat.

The company has taken the burger off the menu because Islamic dietary law forbids Muslims to eat anything which has been prepared on the same premises as pork, which is itself strictly forbidden….