I’ve been asking for some time now for anyone to explain to me why so many major businesses cater to a minute minority of their customers while at the same time disrespecting the majority of those customers who keep the business open!

That’s it!  I’m filing suit next week against my college and I will demand a full refund of my tuition!  I graduated with a degree in business finance yet I was taught that in order to be profitable in business you must satisfy your customers, or at least most of them.  Well in today’s business environment it is the exact opposite!  Be it Target, Home Depot, Disney and others, these major corporations are supporting and indeed promoting the anti-family agenda of maybe 2% of their customer base at the risk of offending the other 98%! – Goodbye Disney TV [1]

Well here we are with the latest breaking news that indeed these CEOs who make those stupid PC decisions are fools.

This example proves there can be no debate, unless of course you’re a liberal/progressive and facts don’t matter.  Here Chick-Fil-A  beats out KFC for the second year for the top spot in chicken restaurants! 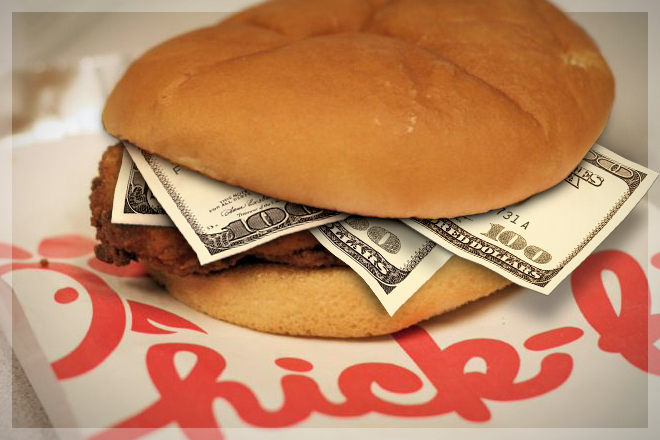 Just think about it.  KFC is one of the oldest and well known restaurants in the universe.  KFC has been around almost since the beginning of the fast food business.  KFC has world presence.  KFC boasts over double the stores, 4,491 stores, versus Chick-Fil-A’s 1,775.    And it’s logo is more recognizable to probably 10 times more people than that of Chick-Fil-A’s.

And now the best amazing fact of all:  Chick-Fil-A closes all stores on Sunday!  That means that not only does it have under half the stores, but those stores only do business on 6 days versus 7 days for KFC!   And anyone who’s taken business 101 knows that means almost 17% less overhead and time spent working!   And everyone gets Sunday off!  Yet it’s still making more money!

The big ‘news’ of late has been not how successful Chick-Fil-A is but that it is a Christian run business that does not support homosexual/perverted “marriages. [3]”    So if you listen to our shameful, creatively challenged and brain dead media, you would think that it’s position against the sodomites will hurt it’s business. 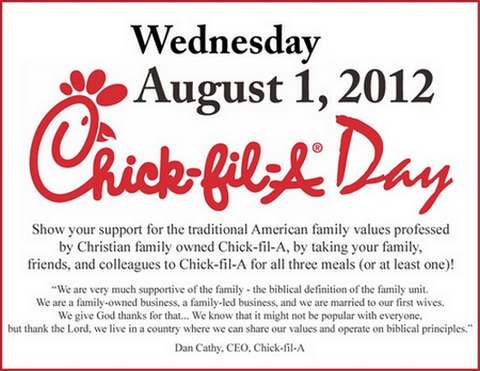 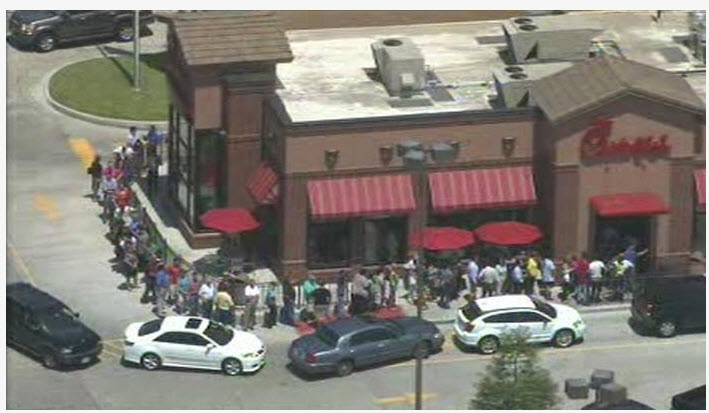 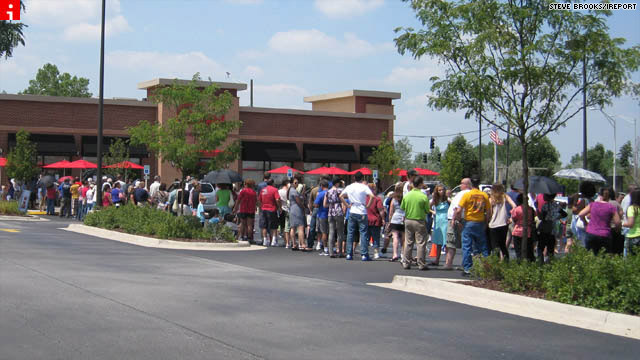 Chick-fil-A has beaten KFC as the fried chicken king for the second year in a row.

Chick-fil-A also beat The Colonel in chicken sales in 2012, according to the annual QSR magazine sales rankings released in 2013.  This year it continued to widen its lead over KFC, although KFC is still much bigger globally.  Chick-fil-A has less than half the amount of locations as KFC (1,775 U.S. stores to KFC’s 4,491) and its restaurants are not open on Sunday due to religious reasons.  …