Just finished reading the Sunday paper.   The headlines these days you either cry or laugh, it’s your choice.

This one it’s OK to do both:  “Suspect Doubt in Mideast Peace Talks.”   ‘Suspect’ doubt!  You mean after 75 years of trying for peace in the Middle east and FAILING, you ‘suspect doubt’ this time!!!!

There’s an old saying that defines stupidity in a very subtle way;
What, were you born yesterday?

There can be no better example of the ‘Born Yesterday Mentality’ than with the Palestine-Israeli peace talks.  Since Israel officially became a nation in 1947, there’s been no peace.  Since Islam officially became a ‘religion’ in 600 AD, Muslims have hated the Jews (and Christians) and wanted them exterminated.

In 1947, 2000 and 2008 Palestine was offered statehood and refused.  The most infamous of course is in 2000 when Israel conceded to 95% of Palestinian demands and yet Palestine under Arafat refused and started a deadly campaign which lasted for 3 years. 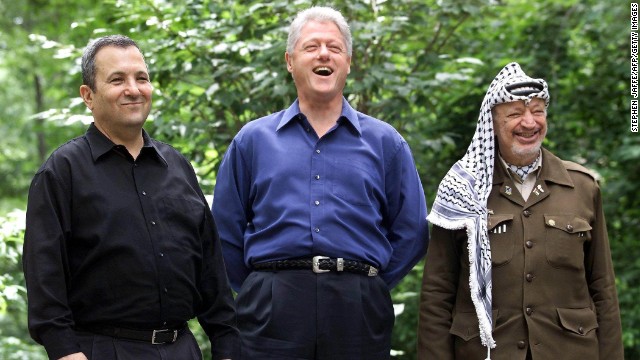 No need to to even review the history here.  All one has to know is what Palestine has repeated over and over again; it will not accept Israel as a state and will not stop until all the Jews are dead!   In fact Israel is just one example of reality that the West reuses to accept.  Islam will not be satisfied until it controls every nation and all peoples.   Any questions?

Syria and The Born Yesterday Mentality [1]