Like Islam and the destruction of America by lawyers, one only read the headlines [1] to understand how the homosexuals have spoon fed most Americans in the last 40 years.   Or if you would like to understand how our culture has been decimated all together, just read The Marketing of Evil. [2] 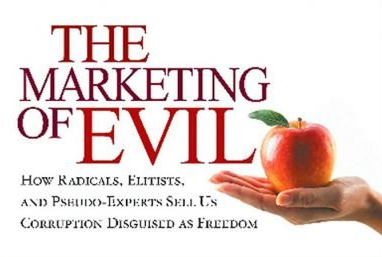 [3]J. Matt Barber has just posted this piece on the subject.  It is a complete expose on how the ‘gay’ jihadists have rammed their agenda down the throats of the American people.   A complete and precise must read for anyone who wants to know how our society was twisted 180 degrees by the mainstay of all propaganda machines: lies and deception.

The ‘Gay’ Jihadist Propaganda Machine is Taking Over America

Posted on April 14, 2014 by J. Matt Barber – The public career beheading of former Mozilla CEO Brendan Eich at the hands of pagan sexual jihadists, coupled with an escalating epidemic of Christian business owners facing harsh government persecution for merely living out their faith, has startled awake an America lulled to sleep by the left’s intentionally deceptive, yet oh-so-sweet sounding serenade of “equality, tolerance and diversity.”

Average folks have finally begun to recognize that America’s “progressive” power class of cultural Marxists and left-wing statists really intend, and always has, to subjugate ideological dissenters through abject inequality and intolerance, while demanding blind obedience to an anti-Christian, sexually anarchist sociopolitical agenda.

The goals of these homosexualists were clearly defined decades ago. Still, for any goal to be successfully attained, clever stratagem and sound methodology must be diligently applied.

In their manuscript, After the Ball: How America Will Conquer Its Fear and Hatred of Gays in the ’90s (1989), Harvard-educated marketing experts Marshall Kirk and Hunter Madsen meticulously laid out the homosexual lobby’s blueprint for success in what is widely regarded as the handbook for the “gay” agenda.

This ambitious project to demolish the America of our founding and raise, in its place, a twisted hybrid of San Francisco’s Castro District and Josef Stalin’s Soviet Union is nearing fruition.

They summarized their approach this way:
Portray “gays” as victims, not as aggressive challengers.
Give potential protectors (“allies”) a just cause.
Make “gays” look good.
Make dissenters look bad. ….