Yes. You can quote me on this.  I am a homophobic and I am an  Islamaphobic and of course I am a Racist.  I tend to have phobias against any and all things that may be evil and or dangerous to the civilized world that I live in.   The difference between me and most people is that I don’t give a crap what stupid and or evil people think about me.  I know the truth and I know the reality.

Homophobic, of course.  If someone says that they want to destroy the very foundation of society, slap the face of Mother Nature and have no regard for you or your children.   Add to that spreading a disease that’s infected and killed millions due to their sexual perversions. 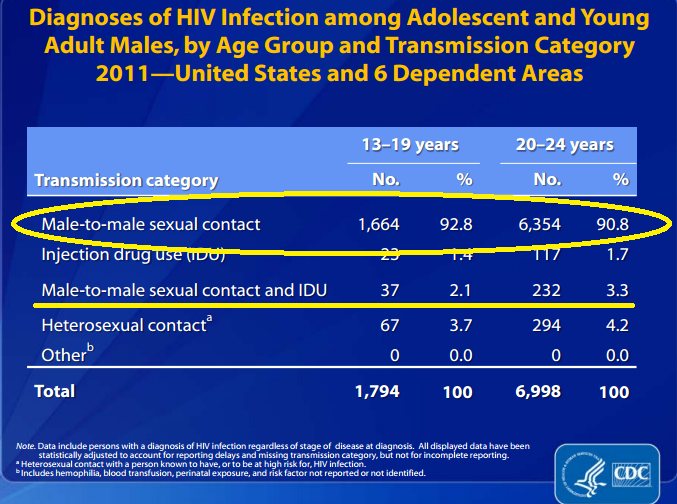 [1]Wouldn’t you be against them?  Of course you would.  Well then you would be homophobic because that’s exactly what homosexuals want.  And if you can’t by now see that this is indeed their ultimate objective, intentional or not, then I have a great bridge in Brooklyn to sell you.

Islamaphobic?  Same thing.  I mean this ‘group’ of people could not be any more clear than they are every day of the week in just about every country they are in.  The headlines say it all [2].  They are a death cult that makes no bones about their ultimate mission.  They want to conquer civilized society and turn everyone into a follower of Mohamed.   And if you disagree, their ‘Holy Koran’ instructs them what to do with you…

I am also a racist and proud of it.  In fact my wish is that you also will become a racist and therein is the reason for this blog.  As you realized above, we are all colored people so as far as that goes we are all one race, the human race.  Well intentionally or not, God made it a little more ‘interesting’.  You see there are really two races in our world;  The Good Guys and The Bad Guys.   It’s pretty simple to distinguish them;  The Good Guys follow “The Golden Rule”  and The Bad Guys Don’t.

Gotta Love The Good Guys.  Their genius and their generosity created an amazing world out of a barren earth.  The Bad Guys don’t deserve to be here and can Go Straight To Hell.   read more… [4]

Yes, I’m proud to be all of the names they would call me because that’s exactly what every real American is.

Unfortunately in Rod Serling’s America [5] most people are ignorant of the truth and the reality of what’s being spoon fed to them by the disgraceful, creatively challenged, anti-American and brain dead media.  So now being for the all American family is bad.  Being against a cult with a 1400 year history of death and destruction is bad.  Being against hand outs to minorities, in essence economic slavery, is bad. 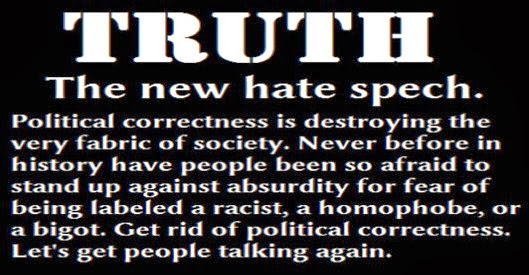 [6]So they listen to the name calling by the ‘Bad Guys’ propaganda machines and instead of questioning them or calling them out on it, they simply accept it as true.   The result has been tremendous strides by all evil agendas in stymieing speech and barring truth and reality from the ears of the masses.   It is the number one reason why as the saying goes; ‘we’re living in an upside down world.‘  And it is the most effective and successful tool in the Marketing of Evil [7]. 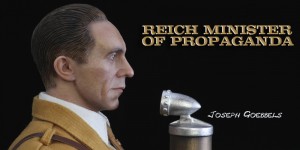 Goebbels [8] would surely be proud of modern day homosexuals, Islamists and race baiters.

So when anyone calls you any of these names, simply say:

“Thank you, but you’re obviously anti-American and too stupid to debate so nothing you say matters!  Goodbye.”

If everyone would respond like this all the time, these evil name callers would have to stop or otherwise the truth of how stupid they really are would  finally be perceived/realized and this mighty propaganda technique would be doomed along with the evil agenda that it supports. 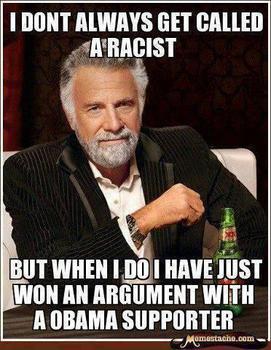 By Shoebat Foundation on April 17, 2014  –  As we wrote in The Case FOR Islamophobia, Muslim Brotherhood front groups put down roots in the U.S. in the late 1950?s and early 1960?s. These groups watched the civil rights movement unfold. They watched the birth and effectiveness of race-baiting. They adopted the strategy, re-packaged it and made a strain of it their own. Throw in a couple of useful idiots from the other side to help you portray inclusiveness and voila! They had the formula for success.

It’s called Islamophobia. Suddenly, Islam is a race and if you use your critical thinking skills to dissect it, you’re on par with racists; the terms are synonymous. We now have a president who was supposed to help the purveyors of both (and he’s been quite successful). …

It’s good that more conservatives are beginning to speak more openly about the race-baiting tactics of the left and black liberals but it’s long past time to lump race-baiting and Islamophobia-baiting into the same pot.

In a recent article entitled, How Islamofascists use ‘Islamophobia’ to stifle debate, limit free speech, the author nails it. Check out the opening paragraph:

The term ‘Islamophobia’ was created by Islamofacists and their elitist progressive allies in higher education and the media to stifle and shut down debate about the true, barbaric nature of Islam and to attack and very successfully minimize free speech throughout the free world. It was a brilliant creation, implying that any speech that is not in direct praise of Islam is both racist and is so out of the mainstream that having those thoughts constitutes a mental disorder.

The cries of ‘racist’ were mastered by race-baiters and their elitist progressive allies in higher education and the media to stifle and shut down debate about the true, despicable nature of race-baiting and to attack and very successfully minimize free speech throughout the free world. It was a brilliant creation, implying that any speech that is not in direct praise of liberalism and an entitlement culture is both racist and is so out of the mainstream that having those thoughts constitutes a mental disorder.      Bingo!    Read it all. [10]

As Shoebat.com reported hours after the Benghazi attack, Muslims who pointed to the video as the cause had ulterior motives. Those motives were to pressure non-Muslim countries to enact laws that would criminalize any and all criticism of Islam.

Obama’s words at the U.N. demonstrate clearly that he shared a similar goal. …