OK Babe, not to worry; it’s only political.   But I do indeed love this women not only for what  she stands for but even more so for HOW she represents it!

There is no doubt that evil thrives when good men do nothing.  But it’s even worse than that!

For the last decade or so, not only have ‘the good guys’ been losing ground fast, but they have been actually aiding their own demise.  In fact it probably would have been better if they remained silent, the damage may have been minimized.  Instead of going for the knockout punch whenever there’s a ‘fight’, they treat them with kid gloves.   Time and time again they entertain the oppositions arguments as though they actually have credibility – which thus gives the ridiculous argument credibility!

Case in point; homosexual marriage.  This is so absurd of a notion [1] that it doesn’t even deserve being given a minute of discussion,  yet the weak and stupid good guys continue to talk about it instead of  ‘slamming the door’ on the argument.  And the more it’s given air time the more it takes on a life of it’s own when in fact it should have been ‘aborted’ before it was even born!

Back to ‘the other woman.’    This lady gets it.  She honors the truth and  American ideals in every one of her opening statements.  And unlike the influential wimps who to often represent real Americans, she unabashedly uses the truth as the mighty weapon that can destroy all lies and propaganda.

All the ‘Good Guys’ need to take a lesson from Judge Jeannine. 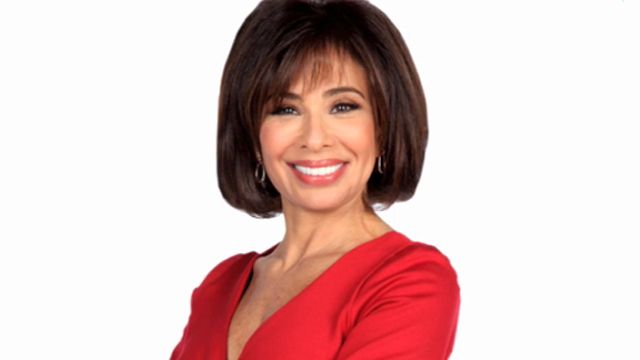 Judge Jeanine Pirro indicts Barack Obama for abrogation of duty and violation of his oath of office as Commander in Chief. Pirro cites the Benghazi cover-up as the biggest cover-up since Watergate.
From “Justice with Judge Jeanine”, May 3, 2014

The Judge Delivers The Verdict [3]