For years my family and friends have been telling me to ‘tone it down’.

In this day and age ‘tone it down ‘ has come to mean  ‘ avoid the reality and the truth and just go along with those people who have no respect for American traditions and values ‘. 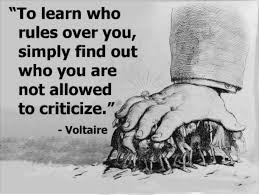 [1]Got that?  Think about it;  Go along with them so as not to offend them or ‘make any waves’ as they stick the knife in our backs and twist  it 24/7.

This is what ‘the bad guys ‘ have hypnotized America with for the last 50 years and this is why we are at where we are at.   In other words be ‘politically correct.’

As Greg Gutfeld [3] said the other night on ‘The Five’;

“And the fact that we’re very preoccupied with attitudes and not action, and feeling and not fact is very dangerous, and every apology somehow reflects a hapless, timid America that used to be bold”

The symbolic rage is easier and more attainable than sincere rage about horrible things that are happening. A feminist in America will come out about something that you said, like that. They’ll be mad about that.

But they will completely ignore female circumcision in Islamic countries because that — they ignore action, because that’s too hard.   So they go after words.  That, to me, is actually an act that is offensive.

Words, we’re so hurt, you don’t die from words.”

Here’s the complete segment. Gutfeld’s remarks are at about 1:30 and 6:45 on the video.

As usual Gutfeld is absolutely on the money.  What’s never said however is how and why it got to this point where people are afraid to say anything offensive YET at the same time those who usually call for the apology or are ‘offended’ are the very same scumbag anti-Americans who stick it to you every chance they get and have all but made every American afraid to say anything that THEY don’t like!

Some are saying that the ‘Land of the Free’ has become the ‘Land of Political Correctness’ and that free speech is dead.  I don’t agree and I will continue to show it ever and any time I open my mouth.  And if I offend someone by telling the truth to damn bad; it’s time to grow up.

And for anyone who doesn’t like this free speech thing, we have about 52 International Airports ready and able to take you to any land where you may feel more comfortable… 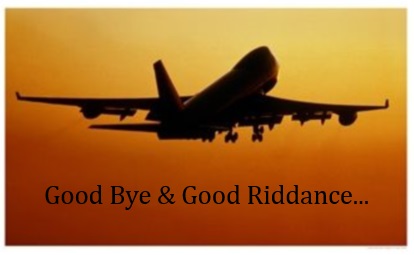