– Posted on July 2,2014 at Liberal Logic – Burger King is trying to let its homosexual customers have it their way with a new sandwich called the “Proud Whopper.”
The ‘gay-pride’ burger is being sold at one Burger King restaurant in San Francisco on Market Street through Thursday. The sandwich is served in a rainbow-colored wrapper that reads, “We are all the same inside.”
“It showcases who we are as a brand,” Fernando Machado, senior vice president of global brand management at Burger King, told USA Today. “It shows how we, as a brand, believe in self-expression.”

Another ‘genius’ in corporate management:
‘Let’s take a position on an issue that will offend 97% of our customers.  At least we will make the other 3% ‘proud’ of us…’

[3]So Mr. Machado you ‘believe in self-expression’.  Well that’s great and since you obviously have no limits on what is right and what is wrong ‘self-expression’, please allow me to express my opinion of you:

This is what you come up with: “We are all the same inside.”  You do realize that the 19 hijackers on 9/11 had the ‘same inside.’?  And Mr. Hitler and Stalin and Bundy and…, do I really need to go on?  What kind of idiotic slogan is that?  Did you even think about it more than a minute?  The only thing that you’re slogan says is that you are obviously a f__king jackass who can’t see the forest from the trees.   So then you will be ‘proud’ when your kids come home with ‘partners.’  I sure hope they do since anyone as blind, stupid and naive as you probably doesn’t deserve to be a grandparent anyway….

Also make sure that your Burger King contributes to the next parade of these homo fascists [4] so that you can bring your kids to watch as they parade down the street and do what they do at their ‘PRIDE PARADES’ ;  f__king each other in the ass and giving blow jobs right in front of your children ..  Just think, your kids will be ahead of the game when the school starts teaching how great that lifestyle is!

And by the way, you won’t be seeing me or my family at Burger King any more.  How the hell could I trust the menu of a company that employs people as brain dead as you and one that boasts about putting the ‘rights’ of sexual perverts ahead of American family values and the welfare of our children?  read more… [5] 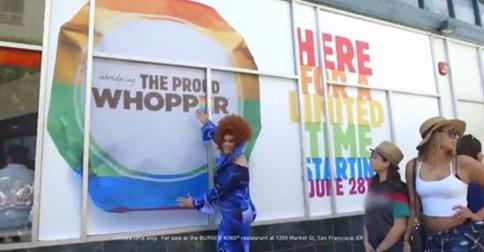 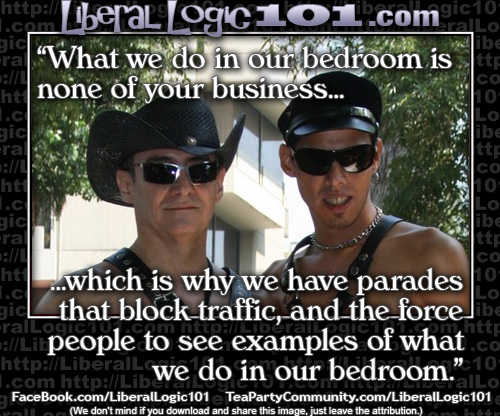 Not only is Burger King promoting an immoral lifestyle; they’re also promoting sexual practices that lead to diseases.

Before AIDS became the accepted acronym for a cluster on unidentified diseases, it was GRIDS: Gay-Related Immune Deficiency Syndrome.  read more…