It’s so refreshing when I discover anyone, especially a politician, who really gets it about Syria.   The landscape these days is riddled with ignorance in just about every political area.  Just when it seems hopeless along comes a real American, and I mean the type from the school that says ‘understand something before you mouth off about it’!

Well it’s obvious to me after reading this article that Mr. Black is one of the very rare people in America that understands the realities of the Middle East and especially Syria.  Unfortunately most Americans get there information from a disgraceful, inept brain dead media and the results are obvious when you interview them about, well anything…

What is really troubling though is that are national ‘leaders’ don’t even know what’s really going on or if they do they just don’t care.  But then again knowing that most of these so called ‘leaders’ are lawyers well tells it all about who and what they rally care about.

[1]Of course most of the media portrayed Senator Black’s letter to Bashar Assad [2]as almost treasonous and absurd.  But what else can you expect from a media that supports the likes of Barack Obama [3].   Here’s the post:

Posted on May 28, 2014 by Jordan Schachtel at The Blaze  –  Virginia State Senator Richard Black (R-Loudon County) sent a letter to Syrian dictator Bashar al-Assad, thanking him for his “heroic” acts in fighting the Syrian opposition forces. 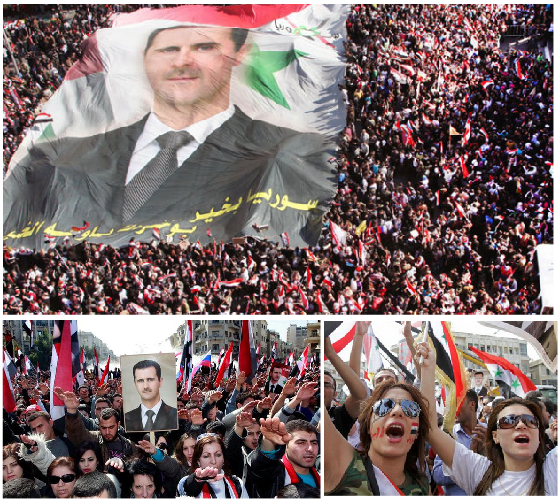 [4]The Syrian People are 100% behind Assad.  Only the Islamists who want a Sharia State oppose him.

The text of the letter, proudly displayed by Assad on his Facebook page, is as follows: 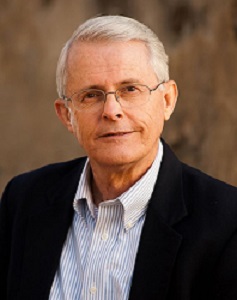 [5]I write to thank the Syrian Arab Army for its heroic rescue of Christians in the Qalamoun Mountain Range. I am especially grateful for the spectacular victory at Yabroud, where the Syrian Arab Army and Air Force liberated Christians and other Syrians who had been held captive by terrorists for several years. We are deeply grateful for the skill and valor displayed by Syrian troops who rescued the 13 nuns who were kidnapped and used as human shields by the cowardly jihadists at Yabroud.
It is obvious that the war in Syria has largely been fought by vicious war criminals linked to al-Qaeda. Groups like al-Nusra and the Islamic State of Iraq and the Levant routinely commit war crimes as a matter of official policy. They proudly post YouTube videos showing mass executions of prisoners of war, beheadings of priests and other civilians, and even cannibalism. In Aleppo, last June, al-Nusra boasted of forcing a mother to watch as they murdered her 14-year-old son by shooting him through the mouth and neck. It is difficult to understand how any civilized nation can condone the actions of such bloodthirsty criminals.
Clearly, the Syrian people have grown weary of seeing foreign mercenaries enter their land to fight against them. Your people suffered the criminal acts committed by those jihadists, who came to rape and murder innocent Syrians. Now, even some in the Western media are reporting that the rebels have lost the war—that their cause has grown hopeless.
Yet to this day, few Americans realize that the rebels in Syria are dominated by our arch-enemy, al-Qaeda. They do not know that your enemies have sworn allegiance to the same organization that, on September 11, 2001, crashed jetliners into the Pentagon and the Twin Towers, killing over 3,000 innocent Americans. Today, al-Qaeda-linked fighters use suicide bombs to murder helpless women and children in your country, just as they slaughtered helpless civilians here.
I cannot explain how Americans, who suffered so grievously at the hands of al-Qaeda, were tricked into supporting the jihadists. But I do know that many U.S. officials disagree with equipping and training the terrorists who penetrate your borders from the Kingdom of Jordan and through Turkey.
The worst possible outcome would be for the rebels to seize the capital and raise the dreaded black flag of al-Qaeda over Damascus. For that reason, the rebels have been denied advanced weapons. Military planners know that the terrorists are deceitful and untrustworthy. Nothing prevents them from turning antiaircraft missiles against civilian aircraft. Were they were to seize control of Syria’s reported arsenal of 4,000 MANPADS, terrorists could turn airliners into fireballs at Dulles Airport, Heathrow, and LaGuardia, paralyzing commercial aviation across the globe. Helping them to do so is an act of utter madness.
You have followed the practice of your father by treating with respect all Christians and the small community of Jews in Damascus. You defended their churches and the Jewish synagogue, and you have permitted them to worship freely according to their beliefs. I am grateful for that.
By contrast, wherever rebels have seized control, they have acted as thieves, criminals and vandals. They raped, tortured, kidnapped and beheaded innocent people. They defiled the churches. The terrorists imposed the loathsome “dhimmitude” tax on Christians and Jews, treating them as subhuman. I pray that your army will drive the jihadists from Syria, so that Syrians of all faiths may live together in peace.
Until then, I pray that the Syrian armed forces will continue to exhibit extraordinary gallantry in the war against terrorists. Please convey my personal thanks to the Syrian Arab Army and Air Force for protecting all patriotic Syrians, including the religious minorities who face death at the hands of the foreign jihadists.

[6]The Assads has protected the Christians and the Jews in Syria since taking over some 4 decades ago.

Since we never give credibility to those who are ignorant of the subject material, I will not print here the rest of the post.  If you want to read the author’s OPINION and ERRONEOUS FACTS & DATA, then you can see the full article at The Blaze [7].

As a side note:  I did leave a comment on this post twice but it was never added.  FYI, here it is and you can maybe see why the author omitted it…

As an American who lived and married in Syria I can tell you that State Senator Richard Black is right on the money.
My wife’s family has lived there or generations and they love Mr. Assad and his father because he was always fair and protective of the Syrian people. And in order to be protective of all the people the Assad’s have been brutal on the Islamists who are always trying to establish a Sharia State in Syria and every other country they fight in.
Don’t listen to the disgraceful media and the Muslim President who not surprisingly sides with the Islamists in Syria. Mr. Assad is doing the world a favor by eliminating these subhumans before they kill us.
And finally, a suggestion to Mr. Jordan Schachtel who wrote this piece and commented about Assad. You are a prime candidate for the media elites who pontificate about everything and know nothing about what they talk about. Next time how about researching the facts and realities before you recite the talking points of your comrades in the anti-American mentally challenged media. I am very surprised that Breitbart would employ such a mentally lazy person.
F.William Houraney
For anyone who wants the truth: http://houraney.com/2014/04/12/the-worlds-greatest-leader/

Here’s some inside information about Syria that we have written about: