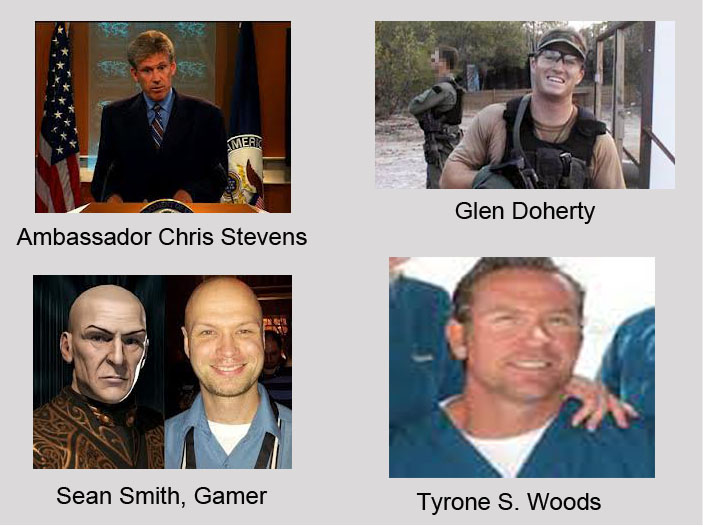 Has anyone out their noticed this remark from the Tripoli police commander?  Four Americans killed for just being there and helping.  All dead today.  Not because of any film which dares to tell the truth about the pedophile warlord named Mohamed.  But they are dead today because of a cult of soulless zombies known as Islam.  Death and destruction is Islam's claim to fame and this has not changed for 1400 years.

Today, the Independent is reporting shocking details about the attack on the Libyan consulate that resulted in the death of four Americans, including Ambassador Chris Stevens. The details are so explosive that they will result in a Congressional investigation. In fact, they’re so explosive that they should result in the resignation of Secretary of State Hillary Clinton. The only question now: What did Hillary Clinton know, and when did she know it?  ….