Full Disclosure:  I love the WWE.  Have since 1963.  It is the best entertainment program in America and has been for decades.  Not my opinion, the proof is in the pudding –  just check the record:

Television Shows With More Than 160 Episodes

Number One and Number Five on the all time longest running TV shows.  And check the list, there are no other entertainment or sports shows even in the top 200!  That’s a hell of an accomplishment and it’s one well deserved.  [2]

The latest great storyline is an old one but still plays well.  It pits Russia against the USA.  It features a Russian wrestler that waves the Russian flag in the face of the fans as they cheer USA, USA, USA.  And as the producer and spokeswoman for the Russian is a hot blonde named Lana with a tight skirt, long legs and of course that Russian accent; very reminiscent of  Ivan and Ludmilla Drago from the 1985 film Rocky IV. 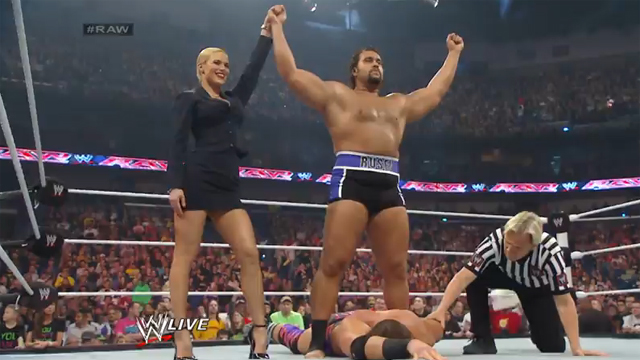 Leave it up to Vince McMahon and the WWE to expose the obvious that others wouldn’t dare on prime time.  Lana delivers a speech about how Obama compares to Putin and as you would expect it’s funny as hell for the reason that makes most humor funny:  it has the truth as it’s foundation. 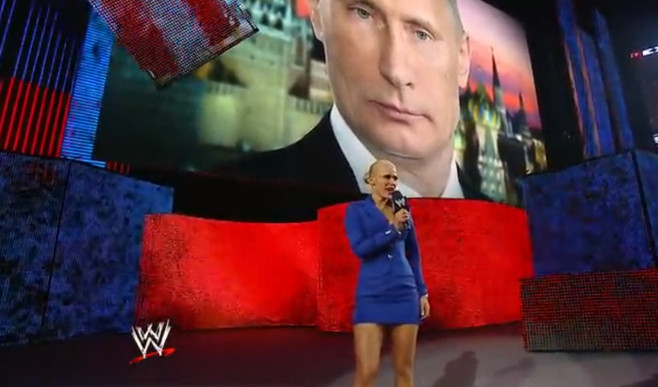 What I did recognize here though is that the crowd was not as defiant and boisterous as they have been in the past defending the USA and it’s leader.  Like most, the WWE fans are aware of the reality that is Barack Obama and realized unfortunately what Lana was saying was all too true…